The Warner Theatre opened its doors to the West Chester community on November 14, 1930. The theatre, with its art deco style, gave a promise of modernity and prosperity to the town in the heart of Chester County. The theatre was considered so grand by the local people that it was rumored to have been intended for Westchester New York and put in West Chester, Pennsylvania by mistake.

The Warner Theatre delighted movie goers from 1930 until the 1970’s. The theatre was renovated and showcased live entertainment from the 1970’s until the early 1980’s.

In June 1986, the West Chester Borough Council voted to allow the partial demolition of the facility including the iconic marquee. The remaining front section of the theatre became the local offices to the Philadelphia Inquirer.

In the ground floor lobby, it is easy to get lost in the nostalgia while looking at many old pictures that captured the excitement of the theatre’s glory days. The lobby features a grand staircase, preserved from the 1930’s, that radiates with old Hollywood elegance.

Another feature preserved from the former theatre is a brick wall that was the back round of the concession stand, this is now where guests check in and are welcomed with West Chester hospitality. Guests will also notice a floor to ceiling mural that features High Street and the Warner Theatre as it was in 1949.

Today, the Hotel Warner is surrounded by the charm of the Borough of West Chester with more than 60 unique restaurants, several boutiques, and small markets all with-in walking distance from the hotel’s front door.

The Hotel Warner has filled a void left by the once grand theatre and offers distinct lodging in the charming town of West Chester, Pennsylvania. 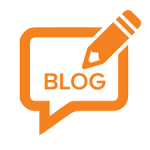 BOOK NOW
Contact Us
Learn about our COVID-19 Response